Thank you for joining me on this month’s what Samantha read next.

Climate change is all over the news – and rightly so. Now, these two books that I have read recently by Paul Falk are not directly about climate change but they sort of are. An asteroid is hurtling towards the earth and it is not going to end well. These books have haunted me, the end of the world could happen – and it will happen (although I haven’t read book 3 yet – I presume/hope it is being written). Here are my reviews: 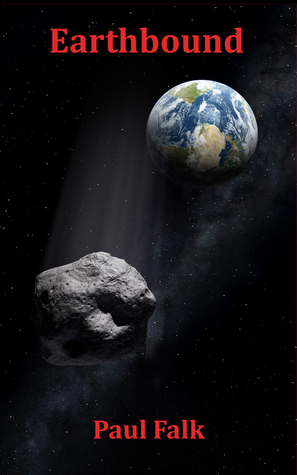 The world reels in shock upon the discovery of a huge asteroid on a collision course with Earth. No one ever thought the day would come. Only thirty-two days remain until impact. Pandemonium and mayhem have inundated cities, suburbs – the world. Overnight, societal values vanished from the face of the earth.

Government intervention took a barbaric turn for the worst with billions of lives hanging in the balance. Jim Stone decides to take drastic measures into his own hands. A man on a mission, he had no idea what he would be getting himself into. No matter what happens, there would be no turning back.

When I was on holiday in California, almost four years ago, there was a story running in the local news about a female member of prison staff who had previously engaged in relations with two inmates. She had helped them escape on the promise that they would murder her husband. I never got to find out if they reneged on their promise or carried it out. I suspect it was an unhappy ending for all parties, but I never got to find out because on returning to the UK I discovered that escaped convicts in the US had not made the global news.

Needless to say, it is a wonderful thing when you find a book that reminds you of an anecdote. Last year, I read book one of the Jack Toback series. Set in California and in the future, here’s what I thought of book one, Caged:

A future prison in California, a solution to the cell-mate gang problems, but is it a solution? I can’t say anymore without spoiling the plot! Really enjoyed this book, it reads a bit like a Stephen King but obviously with its own style and original idea.

Ok, that was a short review from me, again I am conscious of spoiling- it’s a good book which ends in disaster for 4000 of its characters!

I have recently read book two The Line, and here’s what I thought:

I enjoyed book number two in the Jack Toback series. Set in the future, during book one, Jack had solved problems in California’s system with a great idea. Unfortunately, criminals messed it all up. But Jack is back, and in a meeting with the prison governor he becomes a major player in the new prison rehabilitation programme. The criminal underbelly don’t like this, and Jack is soon kidnapped. This is a great plot, and Jack the character is well rounded and believable. As a 5ft2 forty something woman, I would crumble if kidnapped, not Jack Toback; he had the resilience and the skills to trick his antagonist into sending a clandestine message to his rescuers. His ‘prison’ is the perfect setting and we find out what ‘the line’ is. Jack’s time in captivity is very cleverly written in the first person. Jack’s love interest, Irene is an endearing tough cookie and his captor, Woolfe is, well a wolf in wolf’s clothing! On the whole, the feeling of the book is a gripping read and yet again, a great idea for a story.

Both books are available from amazon here

A note about series books, I did not get a message from Amazon that book number two had been published… anyway, I got it in the end.

If you can imagine reading a petrol-head version of The Handmaids Tale that is as amusing and entertaining as The Hitchhiker’s Guide to the Galaxy then this is your book.

What a great idea for a story, and wonderful to read something so different. Frank Wylder is 63 years old in this dystopian story switching from the current year (2050) to the ‘past’ (2010). Frank is the proud owner of a classic car, nick-named Veronica, but it is now illegal to drive cars since the One World Order took over in 2032. Frank discusses his memories with his granddaughter this made me laugh several times and was very entertaining, reminding me of the time my own daughter came home from school, announcing that she ‘Did about the 90s in History… what was it like?’ Frank, along with his fellow humans are now controlled by drones who come to check up on everything, his language is amusing and beautiful about how, at his age, he has run out of care to give. Enjoyable science fiction and action elements in this well written story, and the promise of further episodes. Bravo!

Three word review: This could happen!