Hello and thank you for joining me on my rolling character naming writerly rambling posts. Today I have the pleasure of introducing you to one of my internet writing friends Nico J. Genes. We ‘met’ on Goodreads. I have found Goodreads to be a really useful place for support from other indie authors. I have read two of Nico’s books – you will find my 5* reviews for both of them on Amazon . Definitely worth a read. 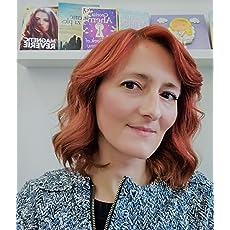 Hi! My name is Nico and I’m a writer. Throughout my life, I’ve been called also Nicole, Niki, Nicu, but somehow Nico has a warmer touch to it. So, Nico, it is. It is all about feelings, you know.

Let’s see how I came up with some of the names from my novels.

The idea for my first novel struck me one day. It didn’t have many characters but I had to decide on the names as otherwise, it would have made it difficult, right? I couldn’t just go »she« and »he« as at one point not only the readers would be confused, but I would be the more confused one, the author. I didn’t think much of the names when I started. I did pick up Ana as the name of my main character. My mom’s name is Ana and I find it a really beautiful name, full of purity. It felt so smooth writing Ana whenever the main character came into the scene. I don’t recall now what were the other characters’ names but I’m sure I’ve changed them all.

You know, when I first started writing I didn’t even think it will be something that it will turn into a novel. I just penned down the beginning of something that later on will become my debut novel. When the story was evolving and the characters were being defined, as I didn’t want any of the people I had in my life to think there are any correlations between my work of fiction and my private life, I had to deal with the name thing. Ana, as much as I love this name, had to be replaced. I can’t write a bisexual/lesbian novel with some steamy scenes having one character named the same as my mom. Do you agree? Still, I had to replace it with something as smooth and soft so after some thinking it became Lana. Problem solved. The other characters were a tad easier, still not quite smooth. I didn’t just snap my fingers or took a three minutes break and came up with them. No. Having in mind that the story takes place between Slovenia, Croatia, and the USA, and all the twists and wonders that are not clear for the reader right at the beginning, I had to deal longer with the name for my second character. She was a woman from Slovenia, so her name had to sound Slovenian and American at the same time. And here comes Claire. Well, Claire is the American version while Klara is the Slovenian one. There is a perfectly fine explanation for that in the story and to me, she’s mainly Claire. The other characters got random names, still, I usually prefer short ones and I’m trying to avoid having very similar names so that the reader does not get confused. As I’ve said earlier, I’m trying to have all the names of my fiction works as different as possible from the people I know. Still, it can’t always be done easily as we do get to meet quite a lot of people in our lives. So here comes the claim: »This is a work of fiction. Names, characters, businesses, places, events and incidents are either the products of the author’s imagination or used in a fictitious manner. Any resemblance to actual persons, living or dead, or actual events is purely coincidental.«

I cherish and hold dear to my heart all of my books, as they are my children, my creations. This one, being a true story, hits a higher place. The names though, except for mine, could not be used. As I mentioned in the claims: »Some places, names, and identifying details have been changed in order to maintain the anonymity of others.«, I couldn’t expose my friends’ names so I had to come up with substitutions. While I wrote the book, I have used the real names of my friends and only replace them when before publishing. I played in my mind for a few days with several names and not only that, they had to sit right with me, I wanted them to fit. My friends, a mother and her son, became Peter and Eliza. The real Peter didn’t like his name when he heard it and he asked me to mention in the book that the main character has this name against his will, hence without his approval. He made me laugh and his remark was totally in line with the content of the book. He wasn’t laughing, though.

In conclusion, there are many stories behind a character’s name and, we authors, don’t have often the chance to talk about it, so thank you, Sam, for the opportunity.

Nico J. Genes has traveled and worked with many interesting and unique people of different nationalities, religions, and sexual orientations, all of whom helped her to understand diversity and to accept everyone just as they are.

With her first two novels, “Magnetic Reverie” and “Reverie Girl”, she broke the ice into writing successfully. From her readers’ feedback and reviews, Nico can proudly say she has a solid confirmation of her skills as an established writer. An important element of her writing is that she always has a message that she wants to transmit. This can be summed up by her motto: We are all different, and that’s okay!

Besides novel-writing, Nico also runs a blog in which she talks about life’s issues, and gives the kind of friendly advice that everyone needs at certain points of their life. The positive feedback of her readers became her inspiration for her third book, “Lessons in Life”. Continuing her mission of welcoming all diversity and pleading for tolerance and acceptance, she wrote the novel “ADHD: Life Is Beautiful”, based on a true story.

Thank you so much Nico! Join me next time for more character naming, Sam xx