Well, here I am again going on about my favourite reads. Allegory stories. Not really a genre, or is it? But books that have stood out to me are books that have used the allegory technique to tell a different story, to help the reader escape. Like most children of the 1970s, the film ‘Watership Down’ in it’s cartoon disguise was like watching a horror movie to me, about scary rabbits with big teeth and that haunting song ‘Bright Eyes’. However, as an adult, I read the book when I was in my late twenties, and at the time I hadn’t even been diagnosed with MS, I was still running three or four times per week up to ten miles pounding the soil around the green bits of Bury, and then back onto my estate, that used to be a green field until the 1970s when thousands of houses were built that we all take for granted now. I never saw any rabbits when out running, but the book was so engrossing, I was thinking about it when out and about. (I did not read it whilst running, that would have been unsafe, and I had already started falling…). What was the story that Richard Adams trying to tell? 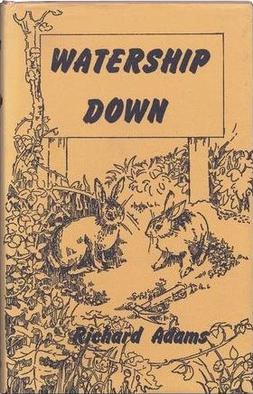 Adventure, survival rabbit refugees, the destruction of the planet? Sigh. This book I really escaped into more than once during my life.

The Bees by Laline Paull is a dystopian novel set in a beehive, the main character Flora 717 is a lowly worker bee who we follow on her battle type journey against the enemy within (the beehive). It really is a beautiful book, I read all different kinds of meanings into it, most likely because it was published, and I read it when I had to accept early retirement from my nursing career. This book gave me hope, imagine all the scenarios I was relating it to though! Spiky ward sisters with a sting in their tail, good riddance! Flora the worker bee is triumphant, and I was given hope that the world did not have to end just because I couldn’t nurse anymore.

Now I write, and have even had a go at allegory writing myself.

In my short story collection ‘Quirky Tales to Make Your Day’ you will find a short story about a worm called Wandy who finds herself the victim of worm on worm bullying inside a compost bin.

There is no political message though!

If anyone reads this, and would like to suggest another book to me, then please join in.

I have used the public images of both books mentioned with thanks, and in the hope that another reader will enjoy them.